Read more »
Posted by Foundation for Environment, Climate and Technology at 1:19 PM No comments: 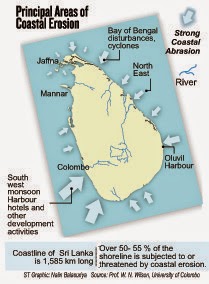 Read more »
Posted by Foundation for Environment, Climate and Technology at 10:36 PM 12 comments:

Heavy rainfall was observed in North Central and Eastern regions of the country ending the drought which persisted in these regions. Very high amounts of rainfall was observed in various parts of the country during the past week. More high rainfall is expected in the coming weeks with high confidence. Sustained El Nino conditions are expected by the end of this year. Sea surface temperature around Sri Lanka has further increased to 10 C.
Download Full Report

Read more »
Posted by Foundation for Environment, Climate and Technology at 1:16 PM No comments:

Rather heavy rainfall events were observed in south western and north eastern coastal region of the country during the past week. Despite these events severe drought condition still persists in north central region of the country. Higher rainfall is expected in the next week by some climate models while the presence of the MJO in the Indian Ocean shall enhance rainfall in Sri Lanka.
Download Full Report

Read more »
Posted by Foundation for Environment, Climate and Technology at 3:42 PM 6 comments:

Read more »
Posted by Foundation for Environment, Climate and Technology at 9:19 AM No comments: